Staged at Arena Birmingham, 28-29th September, a very successful weekend was had by the City of Birmingham Gymnastics Club Tumblers at the Trampoline, DMT and Tumbling British Championships 2019.

In the senior competition congratulations to Jaydon Paddock on his stepping up into the senior ranks and taking the overall silver position on his first attempt.

Further congratulations must also go to Mia Bevan on her convincing championship gold medal in the 15-16yrs category.

Congratulations also go to Shakeim Dixon in the 9-10yrs Championships in which he become the 2019 British Champion. Well done also to Sebastian Deans on his bronze medal championship place in the 11-12yrs championship.

A final well done to Megan Surman, Marcus Adams, Oliver Dean, Evan Kemp and Hope Sutherland for their championship representations and to coach Chris Porter on preparing a successful set of performances. 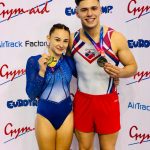 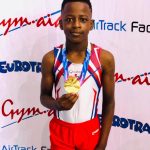 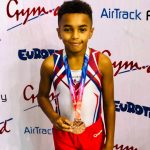 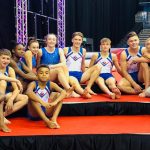