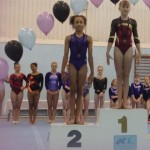 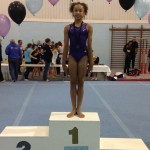 A silver medal in the FIG 12/13 section of the Alpha Factor UK Invitational competition was the overall position attained by Rachel over the weekend of 13th-15th September. The event was venued at the Wiltshire School of Gymnastics in the south west of England. Rachel also managed to attain the highest score on floor, 12.55, in which she demonstrated grace and presence. A few new skills were trialed at the competition namely double pike opening tumble on floor; Jaeger release and catch on bars, double tuck dismount and Yurchenko vault; a final score and personal best of 46.75pts was a good result.

Well done Rachel! another good day for City of Birmingham.