Joe is Silver Medallist at British U.14 Championships 2011 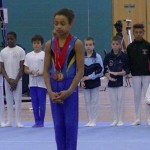 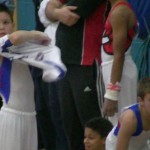 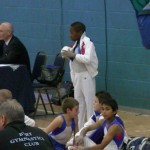 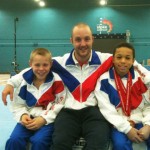 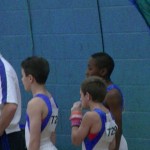 An excellent weekend at the 2011 British Championships saw Joe fraser’s 2010 5th place raised this year to a silver medal position in the U.14 section. Joe has ‘raised his game’ immensley and found an extra 9.05pts since last year in his performance. Further success came for Joe in the individual apparatus championships where he took gold medal position on pommels and silver on rings and parallel bars. This is an excellent result for joe after his recent win at the UK School Games.  Well done, also goes to Hamish who finished in 4th overall position

Continued success came for the City of Birmingham where, in the U.12 championships, Jake and Josh competed and managed to win a silver and bornze medal, respectively, on the parallel bars in the individual apparatus championships, congratulations and well done to both boys.

Well done to all of the other City of Birmingham gymnasts that competed over the weekend.