Congratulations to City of Birmingham Gymnastics Club Mens Artistic gymnast Joe Fraser who took the gold medal on parallel bars in the apparatus finals of the World Artistic Gymnastics Championships 2019 which took place at the Haans-Martin Schleyer-Halle in Stuttgart, 3rd-13th October; the third time, previous to this, that the event has been held in the city 1989 and 2007.

Competing 4th in the Parallel Bars final, Joe carried the highest difficulty score of 6.6 amongst his seven other finalists. His combination of difficulty with faultless execution throughout and the smallest of a step on his double front somersault with half turn dismount clinched a final score of 15.00pts and placed him atop the leader-board. A nerve racking wait through four further routines which Included two of the highest scorers from qualifying was eventually worth it as his score remained unbeaten and he was crowned champion of the world on the final day of competition. Joe’s world championship win has earned him an undeniable ‘first’ in the British Gymnastics history book. It has almost been forgotten that there was some celebration in the top 24 all-around competition where Joe’s outstanding performance placed him in overall 8th place with his highest personal score to date, 85.098 and the top all-around scorer for GB.

A big well done also must go to both Joe and City of Birmingham teammate Dominick Cunningham who along with Joe and teammates, in the team event, took 5th overall place which in turn also secured a top 8 qualification place for Team GB at the Tokyo 2020 Olympics Games. Dominick also brought back the experience and success of qualifying through to the vault final where in esteemed company he finished in 5th place.

City of Birmingham cooed another accolade with Womens Artistic gymnast, Taeja James, who competed in the Womens team, they too secured their top 8 place for Tokyo. 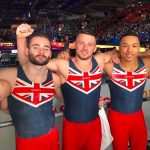 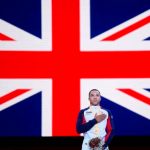 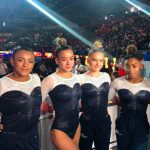 Afterwards Joe, 20, commented: “It’s a dream come true! Unbelievable! World champion? It doesn’t get better. All I was thinking was, get through it, stick the dismount, then score by score I was so nervous. Just wow! I had a hope for a medal, but gold is crazy. I’ve worked really hard on the parallel bars and it’s paid off in the biggest way. World champion! Unreal.”