Gold was convincingly sealed on Jaydon’s impressive last tumble run which consisting of a full-full straight transition into a triple pike finish. Jaydon has come to the championships as the reigning world and European junior champion and has used these experiences in his first world championships as a senior. Jaydon commented straight after:
“There was a lot of pressure for me to land. I had two endings in my head, one of them was a full twisting triple and the other one was a triple pike. Kristof was on the scores and he said ‘you just need to do the triple pike clean’. It’s very special and very different because it is my first senior championships. Definitely we were motivated and inspired by the girls taking gold just before. Once the girls had done it, we were even more determined to pull off the double gold.”

A final congratulations to Jaydon on his outstanding result in the individual championship finals where he finished in a rewarding overall 5th place in his first qualification into the senior event. A very successful championships for British gymnastics and the City of Birmingham Gymnastics Club. 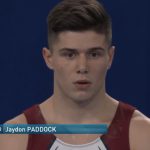 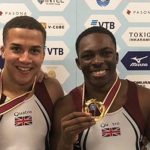 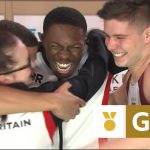