In recent years Great Britain has been triumphing on the world stage in its ascent through the higher ranks of achievement into individual and team podium places at junior and senior levels. The City of Birmingham Gymnastics Club has been proud to be one of the clubs enjoying the success of its efforts in being a part of this. At the recent Mens & Womens European Artistic Gymnastics Championships in Bern, Switzerland, sixty percent of the Mens and forty percent of the Womens junior teams were comprised of gymnasts from the City of Birmingham Gymnastics Club.

A special mention should also should go to City of Birmingham’s Hamish Carter who was originally selected to the team but disappointingly sustained a foot injury in the week prior to departure and was worthily replaced by reserve gymnast and club mate Donnell Osborne who did Himself, Hamish and Team GB proud. 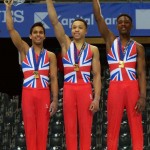 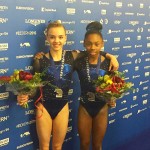 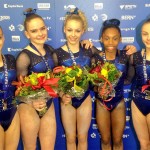 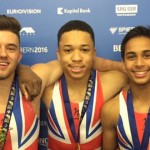 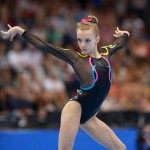 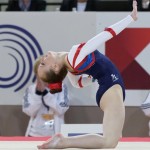 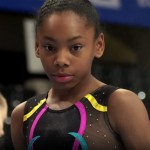 Taeja James: in warm up the Junior Team event 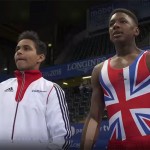 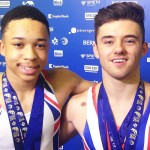 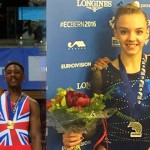 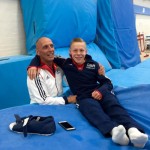 Hamish with technical director, Eddie Vanhoof after being treated for his foot fracture