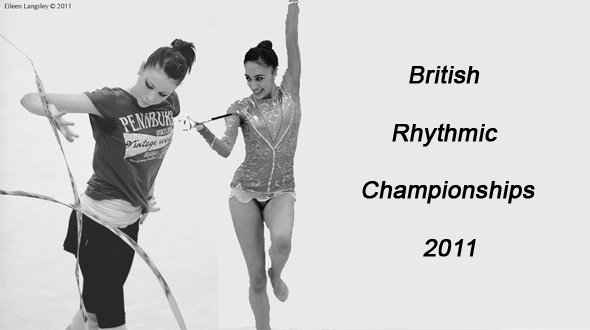 The 2011 British Rhythmic Gymnastics Championships, held at Fenton Manor Leisure Centre, saw Francesca Jones, City of Birmingham GC, retain her senior all around British Championship title for the fifth year running with a score of 93.425 on day 1 of the weekend event. Day 2 of the championships brought further successes for franki during the individual apparatus championships where she took gold medal positions for her hoop and ball routine.

Further success came to City of Birmingham gymnast Mimi Cesar who, competing as a senior for the first time, took the senior all-around Bronze medallist position with a score of 80.850.

Well done to both girls for the excellent performances.